The Laser: One universal tool for manufacturing


Professor Dr. Thomas Graf shares his progressive thoughts on the future of lasers in industrial processing in the near future

What does the future hold for lasers in industrial processing?

One of the most interesting, but also challenging, aspects of what has been proclaimed as the fourth industrial revolution is that mass personalization requires flexible and reconfigurable production systems.1 Actually, this was the first time that an industrial revolution—the so-called Industry 4.0—had been announced in advance, but the demand for a universally applicable and flexible production tool is an enormous chance for the laser.

For decades, the laser has been known to be a very flexible tool for materials processing that can be used to fulfill a wide variety of manufacturing applications, which in fact cover the complete range of the manufacturing processes defined by the German industry standard DIN 8580. The DIN 8580 groups the processes into molding, forming, separating, joining, coating, and changing the material properties (FIGURE 1). In his 1992 textbook, Helmut Hügel already put it this way: “The importance of the laser for industrial manufacturing above all lies in its extraordinary flexibility with regard to the various machining processes—cutting, ablation, drilling, welding, hardening, alloying, remelting—as well as with regard to the numerous materials and different workpiece configurations.”2

FIGURE 1. The laser can be used for materials processing applications that span the whole range of processes as defined by the German Industry Standard DIN 8580.

This is why we have become accustomed to perceiving the laser as a universal production tool. But until now, we always used quite different lasers for the different applications. The main reason for this is that the physical requirements of the various processes, especially with respect to the fact that average laser power, intensity, pulse duration, and peak intensity or peak fluence and sometimes also the wavelength are quite different. The second reason is that so far, the setup of an ultrashort-pulsed laser (USP laser; also known as ultrafast laser) delivering pulses with durations in the picosecond or femtosecond ranges differs significantly from a free-running pulsed or continuous-wave (CW) laser. At the same time, the average powers provided by these different lasers were several orders of magnitude apart, with the consequence that microprocessing with USP lasers is yet much less productive than macroprocessing with high-power CW lasers. 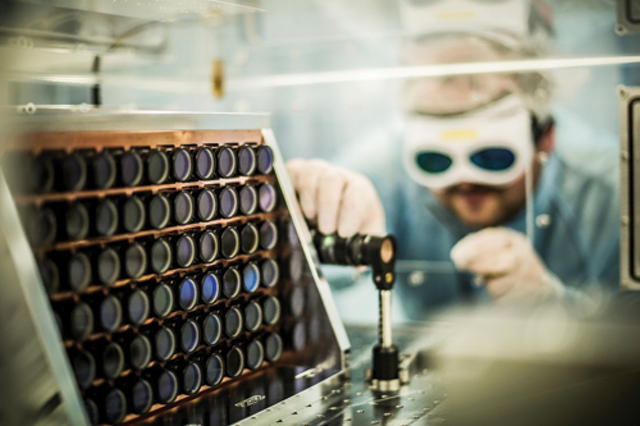 FIGURE 2. The heart of the multipass thin-disk laser amplifier developed at the Institut für Strahlwerkzeuge (IFSW), University of Stuttgart is an array of plane mirrors, which guides the laser beam with the ultrashort pulses to be amplified many times over the thin-disk laser crystal;3,4 up to 2.5 kW of average output power with pulse durations of a few picoseconds have been demonstrated until now by this approach.

But all of this is about to change. With the average output power of USP lasers just entering the multikilowatt level (FIGURE 2),3-5 the usage of this type of laser is currently being extended beyond the classical microprocessing labs and is indeed conquering large-scale manufacturing applications.6,7 We will therefore see more laser-based, high-precision ultrafast material processing being performed on large-scale production machines that at first sight look quite similar to those we are used to applying to classical macro applications such as cutting or welding (FIGURE 3). The thought to perform all known laser materials processing applications on the same machine therefore comes naturally. But can this be realized with one and the same laser? 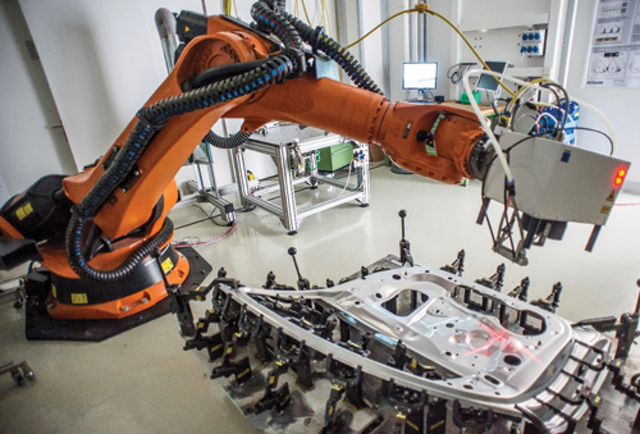 Actually, this question is not new. In his presentation at the 11th International Congress LASER held in Munich in 1993, Prof. Andreas Gebhardt and his colleagues discussed the expectations, especially of small- and medium-sized enterprises, that all the different laser-based manufacturing applications should be performed with one and the same laser device8—an expectation that remains unfulfilled to this day. Looking at the modular architecture of modern high-power USP lasers, however, one easily comes to the conclusion that it should be possible to set up a laser that can be switched between different operation modes and that is suitable for all common material processing applications.

Ultrashort-pulsed laser systems providing high average powers are all based on a small seed oscillator and one or more amplification stages (FIGURE 4). The important point is that at high average powers, these amplifiers (such as slab pre-amplifiers and multipass thin-disk power boosters) work equally well for ultrashort pulses or for CW radiation. Therefore, by integrating additional or more flexible seed sources, there is no technical reason that would prevent us to set up one single laser system that can be switched between CW and pulsed or USP operation.

FIGURE 4. This schematic shows the typical architecture of high-power USP lasers; the same approach might be used to realize a (single) laser system that can be switched between different operation modes and therefore is applicable for all the common material processing applications.

In a first attempt, one may opt to just implement two or more seed sources—for example, an ultrafast mode-locked oscillator and a simple CW laser—in the same system. As most systems include a pulse picker to pick the pulses that are launched into the amplifier chain, the same can easily be used to switch between the two seed sources. In a more advanced approach, one would just use one seed that can be operated in different modes (mode-locked, Q-switched, and CW). Even this idea is not much of a revolution anymore since diode lasers that can be switched between different operation modes are already available.9

Taking the commonly used architecture of current high-power USP lasers a few more steps ahead, we may realize a laser that provides several kilowatts of average output power that can be switched between different operation modes, ranging from the delivery of ultrashort pulses to the common CW radiation. Moreover, the high powers or high intensities that are available from the most advanced lasers also make frequency conversion by nonlinear optical effects increasingly more attractive and efficient (FIGURE 5). We will therefore not only be able to switch between different pulse durations and CW operation, but also between different wavelengths. This will finally fulfill the expectation that one and the same laser can be used to realize most of the known materials processing applications. 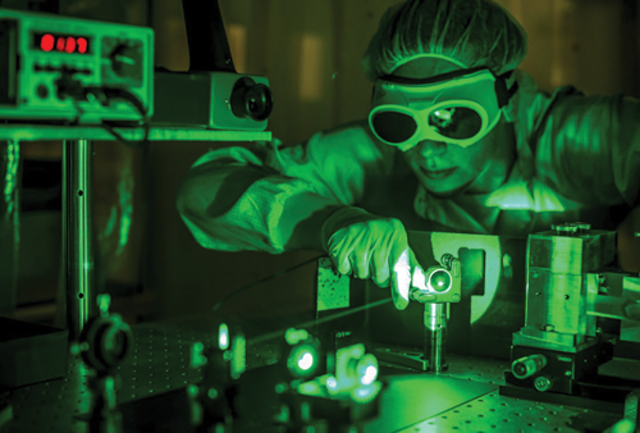 FIGURE 5. Intracavity frequency-doubling of a CW thin-disk laser is shown.10

What this leads to is a universal machine that can virtually perform the complete range of laser-based manufacturing processes just by changing its operation parameters. This not only will be the ideal software-controlled universal tool for Industry 4.0, it will definitely also confirm the other often-cited proclamation, namely that the 21st century will be the century of the photon.

Of course, there are still a few challenges along the way. Some are still related to optics, like the desire for fiber-optic beam delivery of high-energy ultrashort pulses. Others concern the system engineering. Thanks to huge progress both on the laser sources and on the fundamental understanding of the physics of laser materials processing, we know to a large extent how—and with what strategy and with which process parameters—an ideal process should be performed. Here, the bottleneck more often turns out to be the machines themselves. In fact, depending on the planned application, the machines used for laser processing should become either about 100X faster or about 10X more precise.

To reach this goal, we should stop considering laser machines as just being a machine tool with a laser built into it. Instead, we should design laser machines from scratch as a photonic system. This will require new scientific approaches and methods for system engineering and will be the key for the future success of laser-based manufacturing.