The study will involve developing a laser beam cutting process and constructing a compact cutting head for use in a radiologically activated and contaminated underwater environment.

Recall the old saying “What goes around comes around”? Many decades ago, I was associated with an offshoot of an underwater electron beam welding program that was to cut metals in that same environment. This project didn’t pan out for a variety of reasons, mostly associated with cost-effectiveness. Later, when high-power lasers were developed, it arose again and we looked at the laser beam as the heat source. Although the technology was proven, solving the cost-effectiveness barrier shut things down.

Now, scientists at Laser Zentrum Hannover (LZH; Hannover, Germany), an independent, nonprofit research institute, are setting out to answer whether a laser beam can be used for efficient reactor dismantling by cutting underwater (FIGURE 1). This is the scope of the AZULa project (which stands for “Automated separation of reactor pressure vessel installations using underwater laser technology”), a feasibility study that will involve developing a laser beam cutting process and constructing a compact cutting head for use in a radiologically activated and contaminated underwater environment. 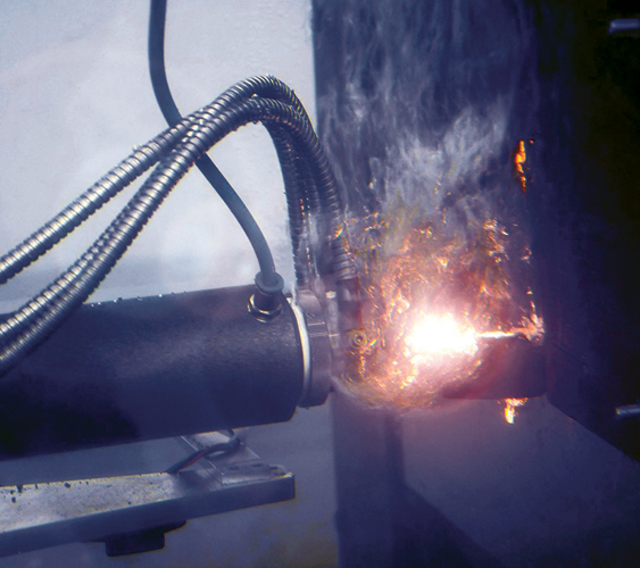 This system is supposed to enable the direct dismantling of nuclear facilities (reactor pressure vessels), as laser beam cutting offers significant advantages compared to conventional cutting methods such as water jet cutting or sawing techniques—most significantly, control of the binding of the kerf material on the exit side, which is a standard laser cutting benefit. The expense for final cleaning of the water basin floor is significantly reduced, as the amount of secondary or technology waste is significantly lower compared to water jet or sawing techniques (FIGURE 2). The disposal of this waste is time-consuming and costly. In addition, sawing techniques are prone to jamming of the tool, which cannot occur with laser beam cutting. Thus, the process times could be shortened. Laser beam cutting would therefore represent a much cheaper alternative for dismantling of reactor components. 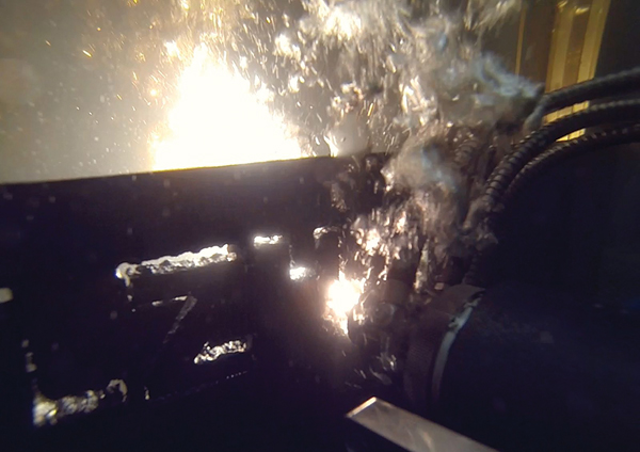 The AZULa project, in collaboration with Orano (Paris, France), is sponsored by the Federal Ministry of Education and Research under a grant by project coordinator Gesellschaft für Anlagen- und Reaktorsicherheit (GRS; Köln, Germany).

Needless to say, I’ll be following progress with interest because globally, there are 76 nuclear reactors expected to retire by 2019, followed by 183 units in the 2020s and 127 units in the 2030s. It’s been looked at before, but maybe this backlog will be the impetus to ease cost-effectiveness concerns.